as they bring the AGWA Collection & Exhibitions

to life with their insights into the works, era & artists.

in the Front Foyer of KEMH

We would love your contributions of favourite recipes, stories & even photos!

Six KEMH Alumni members met at Parliament House and were treated to an interesting insight into the history and some of the internal workings of our government.

Our tour started with a talk, along with morning tea, before we were then able to view different parts of the parliamentary building, including both the Legislative Assembly and the Legislative Council. There is a full-time craftsman employed to look after all the beautiful jarrah wood that has been used throughout.

We learned about the Hansard reporters who work in 10-minute shifts using special machines to record the proceedings of a parliamentary sitting. In the past this was recorded using shorthand with some able to reach speeds of 160 words a minute, but this is now a dying art.

This year, as you know, is a celebration of 100 years since Edith Cowan became the first Australian woman to be elected as a member of Parliament. On the day of our visit a group from Edith Cowan University were filming a re-enactment of that historic event. We were lucky enough to see them working on this in the Legislative Assembly.

Our guide also told us about what happens when the division bell is rung – this is only rung for a short time prior to a vote being taken on an amendment to a bill and can result in many people running madly through parliament in order to arrive before the doors are closed. Could be seen as an early attempt at providing exercise in the workplace?!

The scientific arm of The Women and Infants Research Foundation is headed by one of the leading authorities in the prevention of preterm birth, Professor John Newnham AM. He was appointed as WIRF’s Executive Director in 1996 and since then has spearheaded the Foundation’s diverse research portfolio.

Professor Newnham spoke to us of his work and passion to learn more and do more to prevent preterm birth. He emphasised the fact that being born too early is the single greatest cause of death and disability in children up to five years of age in the developed world. Worldwide, an estimated 15 million babies are born preterm each year.

He firmly believes that discovering how to prevent this complication of pregnancy needs to be one of our highest priorities.

An insight into the remarkable process of organ and tissue donation.

FOLLOWED BY THE AGM

This is a free event. 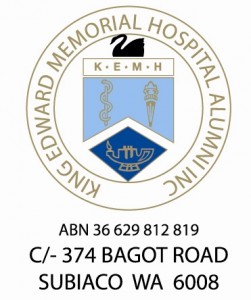